Play for blood?
That’s just my game!
Always have your obolus ready for Charon to travel across the Styx! Somewhat dramatic, but extremely apt.

I always put darts first, being my true love.
Although I cannot in all conscience completely ignore the rest of the sports, that give genuine enthusiasts so much pleasure.
I see the likes of Woods and Pietersen and I am very distraught.
Hopefully they will listen to the Bo-Jangles and their careers will not have to get on the ferry? 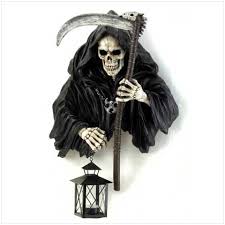 So below is what you need to do.
The overwhelming majority do not and have not merited the torment that these two great artisans are quietly braving.
Being forced to listen to outlandish observations bestowed so effusively from some obtuse second stringer, sports columnist or pundit on the TV.
These mediacs, heretofore primed, ineffectual wannabees, They offer submissions usually proffered because of envy and wrath although the usual reason given is concern.
They get their jollies this way!
Oh the joy of bringing down the talented.
Build them up, bring em down!
Like everyone else I enjoy watching great artisans perform for our enlightenment, for that’s exactly what they are doing, they don’t realise they’re educating you and likewise you, us and I don’t appreciate we’re being taught.
If you want to improve, watch the best, don’t dissect their every movement, because you’ll miss it, don’t ape them as what you need to assimilate, is delivered subconsciously.
You will be afforded all the niceties, unfortunately it’s without the benefit of comprehension.
When you start thinking your stuffed, as you have the wrong mind-set
This is what this is all about.
Mind you, there is another option open to you!
You can listen to me, it saves a lot of bother!
I won’t at this juncture actually spell it out to you, but it’s here and in the book all you have to do is read between the lines, open your minds and stop bleating with the common flock.
There could possibly be another way open to you

Our knack in being be to throw a cricket ball, pass a rugby ball or throw a dart is basically taken for granted. However some of us do it rather better than the norm. Throwing accurately but with velocity is something that is nearly unique to man alone, there can be no argument about this! Biologists and anthropologists studying our evolution have spent decades trying to comprehend how we do it. They have also spent an inordinate amount of time trying to get our (supposedly) closest relatives to do it, i.e the primates. Excluding one other animal family we’re the only species that can do it?
It’s not an ape or a monkey!
At a guess I estimate that a chimp casting a stone will only seldomly hit its target at a range of about 5ft, their accuracy must be appalling and the velocity attained must be negligible.
A man of medium ability would be able to accurately throw a stone about 100ft and do some serious damage.
Experts? that pontificate about how a dart is thrown remark about the darts velocity, positioning, direction and the moment of release! It is also assumed that the skill can be learn’t over a period of time. However they can only be taught to a certain degree, just as with archery the final piece of expertise was a bit of a mystery until now!

Humans acquired this skill to survive about 2,000,000 years ago, man made himself into a sling, without realising it!
Today in all aspects of sport, where something is thrown or where a club of some description is used to hit an object whether the object is stationary or in motion; the modus operandi of the sling is applied. In the case of darts (original or modern) the correct technique is absolutely lethal. When a throwing board was introduced it extended the range and penetration  capabilities of the dart quite alarmingly. Circa 8,000 years ago the bow and arrow was devised and earned acclaim of the new order. It was not, it just followed on as the natural progression. However it still uses the slings technique although it is nearly impossible to discern, the real archer still adhered to the original action imposed by the dart thrower.
Scientists trying to teach animals to throw must realise that, as animals, they only ape what they see, as scientists don’t know what a strong accurate throw entails they only surmise so how can they teach it. With all yip affected sports this method of propulsion has been ignored, ridden roughshod over because it’s not understood.
I can’t understand it say the gurus let’s change the field of play. “Everyone will believe us, we’re the experts”.
“I know I did something different, but I haven’t a clue how I did it”
Who is the bigger ape?