Any enigma, “no matter which type of enigma they appear to be”,  are all humanly devised.
None of them can be regarded as your or my enigma, they’re everybody’s enigma’s and not one of them are at all natural.
Every enigma, although appearing different are fundamentally identical, being as they are problems brought on by the stupidity of  Homo Sapiens! Sometimes I doubt if Homo Erectus or Neanderthal actually died off?
We make enigmas, as in reality enigmas didn’t, don’t and never will actually exist.
We just conjure up answers to problems that we’ve completely misread.
We’ve fundamentally been issued a set of parameters, which automatically install limitations.
Then, because our mind can’t, or isn’t permitted to formulate the required response, we go for the nearest option or what we regard as its nearest equivalent, as long as it does not exceed the accepted boundaries. We are obliged to cut corners, because all nuances have placed restrictions on us, limiting us to what we believe as feasible.
Then because all of our rejoinders have amounted to nothing, we give up and call it an enigma.
Eventually, we change the rules, we use a different playing field, we move the goalposts!
We place the importance on the question, not realising that the question has now become the rule, we unknowingly adopt a projected precept and it is adhered to, the original problem is superseded by the question.
The enigma that we have formulated in Darts and other sports is an absolute scorcher!
Sometimes the enigma is fashioned because our vocabulary isn’t adroit enough to formulate a correct and relevant answer. Maybe three, four or five hundred years ago it was, but today, not a chance, no matter what!
We have deleted, altered and are misinterpreting.
However, it is all accepted and authorised by those that must be obeyed!
Maybe there are some people out there, who still recall this? when sitting a maths test the highest significance attached to the exam was not getting the question correct, but (and I quaintly quote) “you must show your workings out”!
If you didn’t, which I wouldn’t, although you could get a test paper result of being 100% correct, marks would be deducted for not complying with the dictate.
You could end up getting a lower score than somebody who only got three-quarters of their questions right.
All because (as I thought) the tutor was basically saying you are a cheat. Now I realise that this was our first visitation of programming!
It has to be because if you doubt instructions and the teachings, you doubt the system, the laws and finally the world!
You become a progressive. You also become intelligent because you are now using some savvy.

Let’s look at letters.
No one actually notices them, however, nearly everyone uses them. Just by the by, I see that the letter Z was to be omitted from the alphabet in 2015. Thus meaning words beginning with the letter Z will be replaced by the letter X.
Words such as Zebra will become Xebra, Zulu will become Xulu, whilst words containing the z letter within their makeup will be replaced by the letter S.
Terrific; love it’ Z is a pain in the proverbial anyway.
Only one problem, what happens to the word size.
This is really going to cheese the Americans off.
This whole outlook ” albeit my personal interpretation” especially with the word grippe”!
the word Grip is misused, oversimplified and wholly over-accepted.
Grippe’s cousin grip has become invasive, it’s explanative viewpoint is accepted by all.
Everyone accepts that a grip is a grip is a grip?
But it’s challenged by me and it should be challenged by you also!
Grippe is unproportionate.
A grip isn’t, “one size fits all”, you know?
We do not and cannot, use the same influence on differing procedures!
So it is with letters!
We accept the three letters U. V. and W.
We acknowledge them and never give them a second thought, they even appear in this sequence in the English alphabet.
When I was going to school in the 1950s and 1960s we were taught by our teachers and parents to portray the following letters.
U was written as U.
W was portrayed as two connecting U ’s as UU, I never ever saw or heard a double V.
V was written as V.
Double U  with the double connecting  U was never portrayed as VV or  W.
Because that would have been a double V, V V was never used!?!?
I have read many detailed accounts of why this is and they all attempt to propose the same.
They basically say that the English alphabet is derived from the Roman-Latin alphabet and the use of speech sounds. They also propose that W phonetically sounded like V?
What a load of crap!
Scribes, Monks and all other supposedly learned people abiding in Albion, always used the connected UU for the (double U) W. Etc. Etc.
This makes the letters V and W completely alien to each other.
But their significance has obviously been used,  if not actually seen or understood millennia ago, let alone at this present time.
What I will say about the V and the W is that their graphical has a  massive significance where Dartitis and the yips are concerned!
A bit like the when the Throwing board and the Sling eventually amalgamated.  What was born out of this insight ultimately led to the incarnation of the Bow Arrow and finally the Trebuchet?
However, you will never comprehend this!
You laugh at me because you think I’m wrong?
I grimace at you because I know you are!
Or
You laugh at me because I’m different,
I smile for you because your all the same. 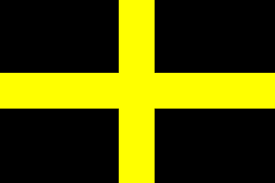 It is so reminiscent of many county flags.
It is not part of the Union Flag and obviously, nor is the flag sporting the red Dragon, (Wyvern).

The flag below is reminiscent of what the Welsh consider their national flag. Except, as with the pennant below these are dragons, whereas they should be Wyverns. The difference being that Wyverns only have front legs!

The lower flag is reminiscent to the real flag of England it is also supposed to be a Wyvern. England’s true flag is not the cross of St George, that is a Norman (Viking) offering. 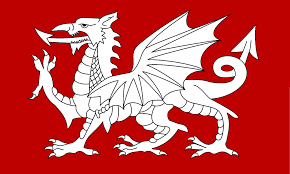 The King Arthur Trilogy.
“and Merlin said to King Vortigern, pointing towards two Dragons? at the bottom of the pool. There, lie the sleeping white and red dragons, they sleep during the daylight, but every night the red and white dragons do battle.
At first, the Red Dragon is forced to the end of the pool,  but then, the red dragon rallies and turns, slowly forcing the white dragon to the other end of the pool*. Just when it seems all was over, the white dragon gathers himself and throws himself once more onto the red dragon, until daylight arrives once more.
However, this tale is a bit different when the Welsh tell it, as they terminate the story at *!
But then likewise it will be a bit of a kick in the teeth when the majority of British flag wavers commemorating the epic victory of the Battle of Britain find out that it wasn’t the Supermarine Spitfire that won the battle, but the unsung Hawker Hurricane plane.
The plane never got any recognition whatsoever, in fact in Sept 1945 at a mass flypast to commemorate the Battle of Britain. Not one Hurricane took part, the plane that actually won the Battle of Britain was completely ignored.

So much for the speech in the house of commons on the 20th of August “Never in the field of human conflict has so much been owed by so many to so few”.
Never believe history, it’s written by the victors.
With the two exceptions of the Boers and the ones who got arses kicked in Cochin, Anna and Tonkin!
Incidentally, is it Volkswagen or Woltsvagen?

When you have eliminated the impossible
Whatever remains
No matter how improbable
Must be the truth
Wake up world.